Whether you’ve come across the term in a food magazine or a recipe blog, you’re probably curious exactly what is London broil? And that’s exactly what we’ve covered here in this post.

Read on to learn everything you need to know about the London Broil, how it is cooked, tips and tricks to make it right and so much more!

What is London Broil?

Simply put, London Broil is a beef dish that is crafted by first marinating the meat, broiling it until it is tender, and then cutting it into thin strips.

Despite the name, the dish actually does not originate in the UK, and is rather, a North American specialty.

Why is it Called London Broil?

The history behind the name London Broil is lost to time. Today, it is marketed as a cut of steak, while it is actually a cooking method.

What Cut of Meat is a London Broil?

London Broil is usually referred to broiled flank steak, top round steak, or any other lean cut of meat, usually beef.

Contrary to the popular belief, it is actually not a cut of meat, but rather a method of cooking the meat. However, due to its popularity, you might come across cuts of meat that are marketed by the name.

When buying London Broil, you might want to look for the meat to have a uniform, deep color and thickness with some amount of fat running through the length.

Is London Broil the Same as Roast Beef?

While both of them usually come from the same cut of beef, London Broil is a flat slab of beef that is broiled on high heat, while roast beef is a squarish or round chunk of beef that is often roasted in the oven (or used to make sous vide roast beef).

How Long Do I Need to Cook London Broil?

To cook London Broil, you first should marinade the meat for a few hours to let all the flavors soak in and help to tenderize it. Then, it can be cooked a number of different ways, to include grilling, pan frying or broiling (as well as my favorite methods below).

Try some of these favorite London broil recipes:

The exact time needed to cook the London Broil to perfection depends on the thickness and size of your steak, but in general, it takes about 6-7 minutes on each side for a 1 inch steak to be cooked perfectly if you are grilling, broiling or frying it.

What is the Best Temperature to Cook the Meat at?

If you are using a broiler, you will need to preheat it at high (around 550 degrees) before you add the meat in.

**I never recommend cooking beef well done. The flavor and texture are not as good when cooked well done.

Should I Wrap the Meat in Foil?

While wrapping the steak in foil is not necessary, it is highly recommended. This extra step will help seal all the delicious juices and flavors in the meat, and will prevent those stubborn broiling stains on the pan that you’ll need to clean up afterwards.

How Do I Tenderize the Steak?

The key to tenderizing the tough cut of steak lies in the marination and the cooking process. Each of these are equally important, and when done perfectly, will give you the perfect, delicious London Broil.

The marinade can be a simple mix of soy sauce, Worcestershire sauce, some garlic, salt, olive oil, peppers, lemon juice and your choice of herbs and seasonings. We love the marinade used in this sous vide london broil.

Remember that it is the acids from the lemon juice and the Worcestershire sauce that help break down the tough fibers and tenderize the meat naturally.

London Broil is actually a good source of important vitamins, minerals, protein and fat. Based on the cut of meat you choose for the recipe, it could be lean or tough.

However, red meat should be eaten in moderation as it is high in saturated fat and can clog your arteries if eaten in excess. It is also not an environmentally friendly meat.

**Note I am not a nutrition and this should not be construed as nutritional advice.

Typically, London Broil is made using a lean cut which tends to be on the tougher side if it is not cooked properly.

The thing is, even if the cut of meat seems tough, the marination is what helps tenderize it and turn it soft and juicy. Also, the sous vide method of cooking works wonders on a tougher pieces of beef.

How Do I Serve London Broil?

The beauty of this carefully marinated and cooked piece of steak is the fact that it is actually pretty versatile. Once sliced, it can be served with roasted or mashed potatoes, pan roasted or grilled veggies, fresh salads with lots of greens, any kind of bread or even rice dishes.

Try some of our favorite sides to serve:

How Should I Slice the Meat?

Just like with most other cuts of meat, it is best to slice the London Broil against the grain. This will not just make it easier, but will also let you enjoy the tenderness of the meat.

An important point to note before you begin slicing the meat is to first allow the meat to rest for at least 5-10 minutes to allow the juices to redistribute.

How Can I Prep the London Broil?

The steak can be marinated and frozen for up to three months. The same can be done with cooked steak too.

Just remember to use a freezer safe container or bag to help prevent freezer burn.

To reheat, let it thaw in the fridge overnight, then reheat gently in a sous vide water bath, or sear under the broiler.

Think you’re ready to cook a London broil? Having these little tips and tricks up your sleeve can really help you nail the flavors and textures.

Have you cooked a London broil before? Leave a comment below and let me know your favorite way to service it! 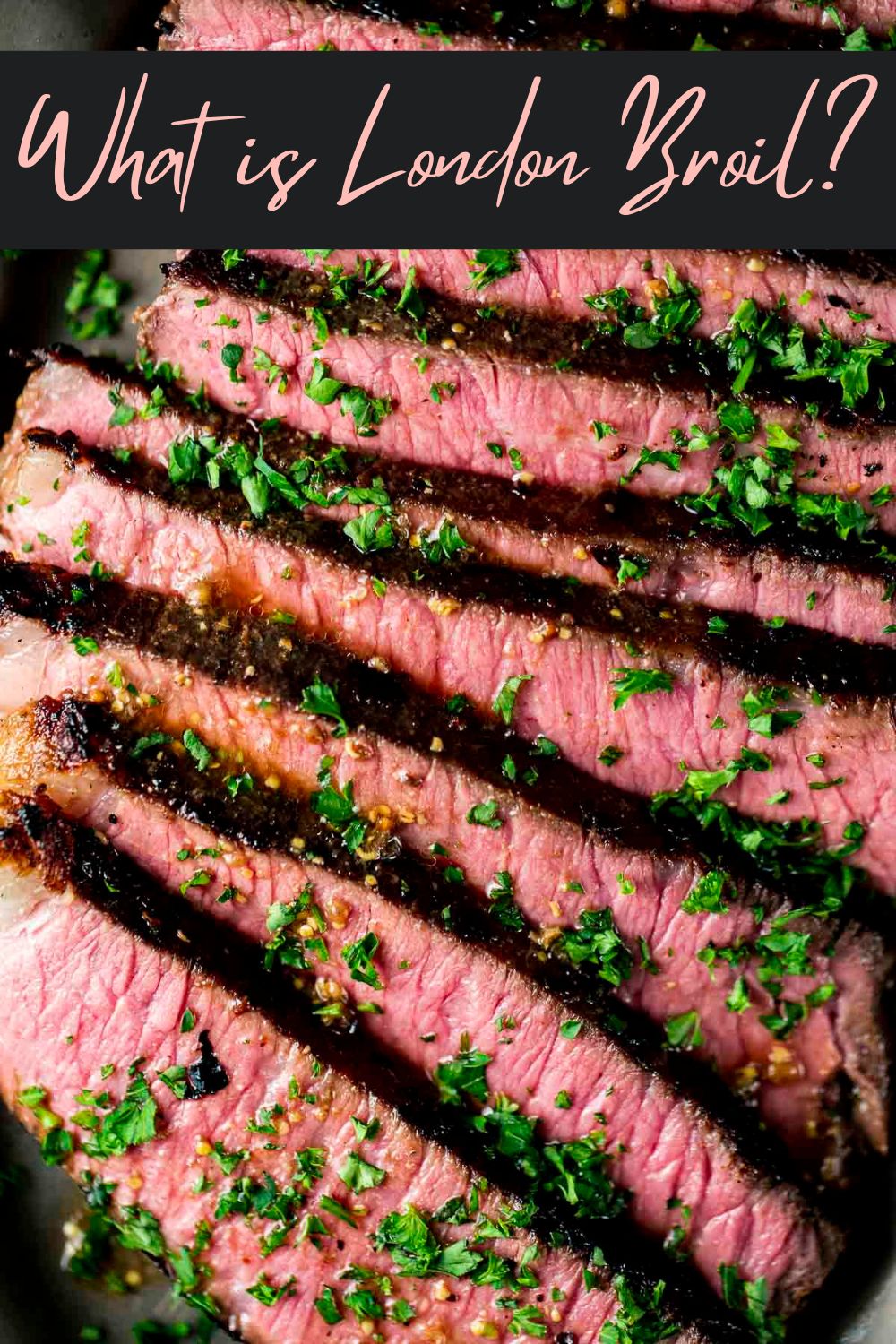