Pillows of freshly made dumpling skins filled with pork and chilled broth, then heated to steamy hot, soupy perfection...Find out the best spot to get Chinese Soup Dumplings in San Diego! 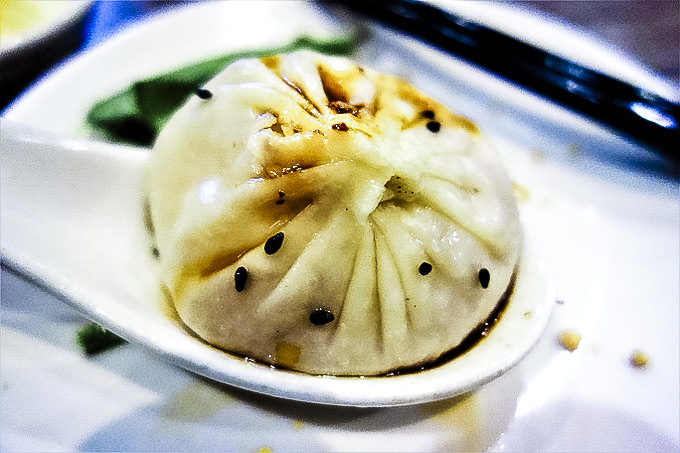 If you've never had a Chinese soup dumplings, this is definitely something you should try. Good thing I've got a list here for you so you can choose where to go!

I've been eating Chinese soup dumplings for years and have just fallen in love. I still remember my first one. So much bliss in one bite.

What is a Xiao Long Bao (XLB) or Chinese Soup Dumpling?

It's a magical morsel of rich, flavorful deliciousness.

But really, XLBs originate from right outside the borders of Shanghai.  However, they became popular worldwide only when they started showing up in Taiwan.  The now restaurant chain Din Tai Fung started in Taiwan and has now opened locations across the world, increasing the worldwide popularity on these lovely little dumplings.  I like Din Tai Fung, but my favorite spots are Luscious Dumplings in Los Angeles and Joe's Shanghai in New York City.

Xiao Long Bao are a steamed dumpling, typically stuffed with pork, but occasionally served with crab or other fillings as well.  Often served with dark vinegar and thinly sliced ginger, the dumplings are commonly served in a dim sum type setting.

So how do they get that hot, mouth scalding soup into the dumpling?  Easy, when the broth is chilled, it is in aspic form (like jello - think bone broth) and placed alongside the pork before it is wrapped.  Then when it's steamed, it melts into the broth.  The aspic and pork are wrapped in a thin flour wrapper then cinched together at the top of the dumpling.

How to Eat Chinese Soup Dumplings

There is a method used to eat the soup dumplings.  First, use your chopsticks to lift the dumpling out of the steamer into your spoon.  The soup inside is scalding hot, so we must then create small a hole in the outside to let some of that steam out.  Ever try and pop a whole dumpling in your mouth without doing this first?  I don't advise it.  You may never taste again!  Me?  I bite just enough of the top off to make a hole. 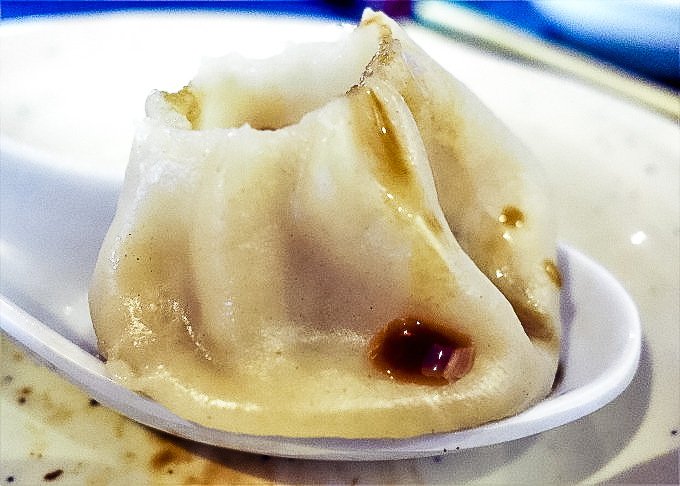 Now from here, it's all up to how you like to eat it.  Traditionally, the soup is slurped from the dumpling, then the dumpling dipped in the vinegar/ginger sauce to be eaten.  I like to pour a touch of the vinegar sauce right into the hole I bit off and enjoy it like that.  Experiment, find the way you like to eat them.

This is what we're really here for. Here are the best places to get Chinese soup dumplings in San Diego:

In my opinion, these are the best soup dumplings in San Diego, hands down.  On the menu, the dumplings are referred to as Juicy Dumplings and served as an order of 6.  The dumplings were stuffed with a rich pork mixture, and cooked to perfection.  The filling melts in your mouth.  The broth had incredible flavor and the dumpling skins were cooked perfectly.  All in all, a damn good dumpling!  This is my go to spot whenever I feel that craving coming on. 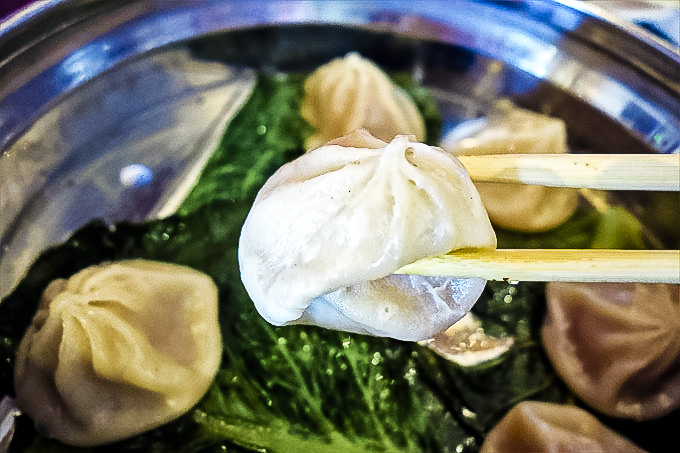 The dumplings here are also amazing.  First off, the menu is long and overwhelming, as is so common among Asian restaurants it seems.  The order comes with 8 steaming dumplings stuffed with pork.  The dumpling skins were perfectly chewy and the filling flavored quite nicely.  The broth had that perfect fatty quality to it.

They serve an excellent soup dumpling.  The filling is always flavorful, the dumplings full, juicy and delicious!  You do have to request black vinegar if that's your thing (it's always my thing - that stuff is like vinegar candy in a bottle), but the table has white vinegar, soy sauce and chili oil. 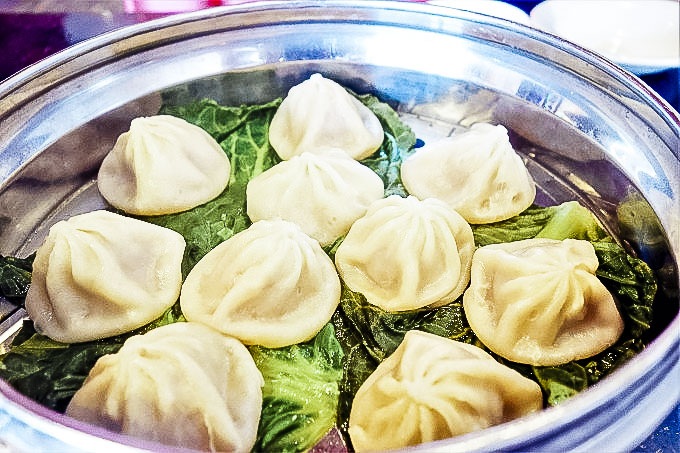 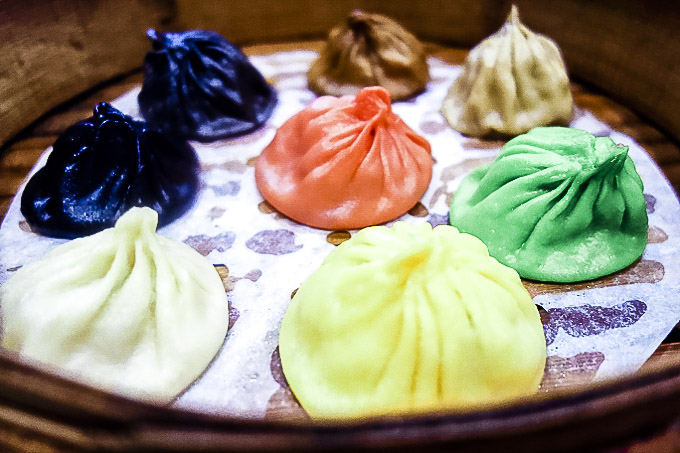 **Full disclosure - Din Tai Fung has recently opened a location in UTC that I have not tried. As soon as I get a chance to try it, I will be updating this list.

Where are your favorite places to get Chinese soup dumplings in San Diego? Leave a comment below and let me know - I'd love to hear from you! 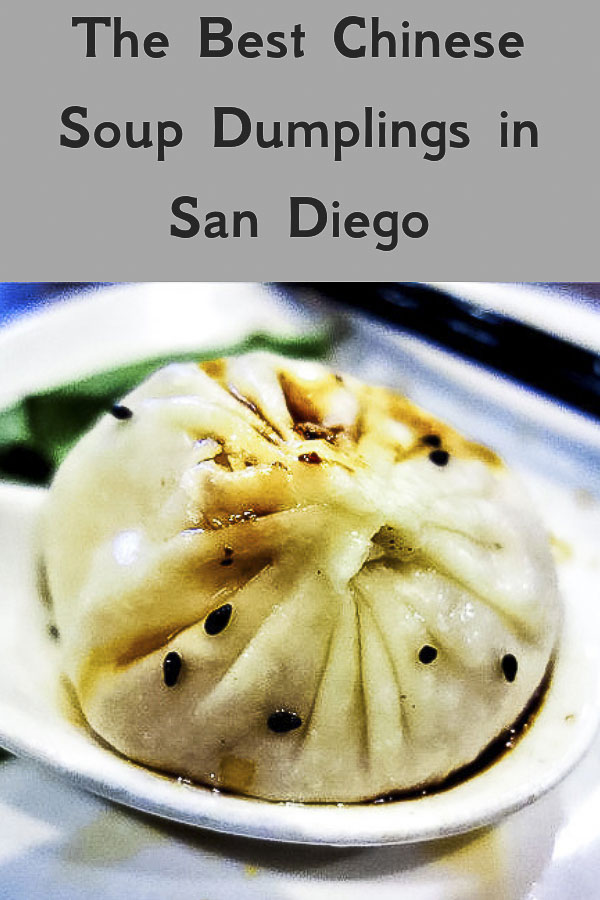