Fat is essential in cooking. It is what adds dimension, flavor and richness to a dish. Keep reading to learn all about different types of fat and how to cook with each of them! 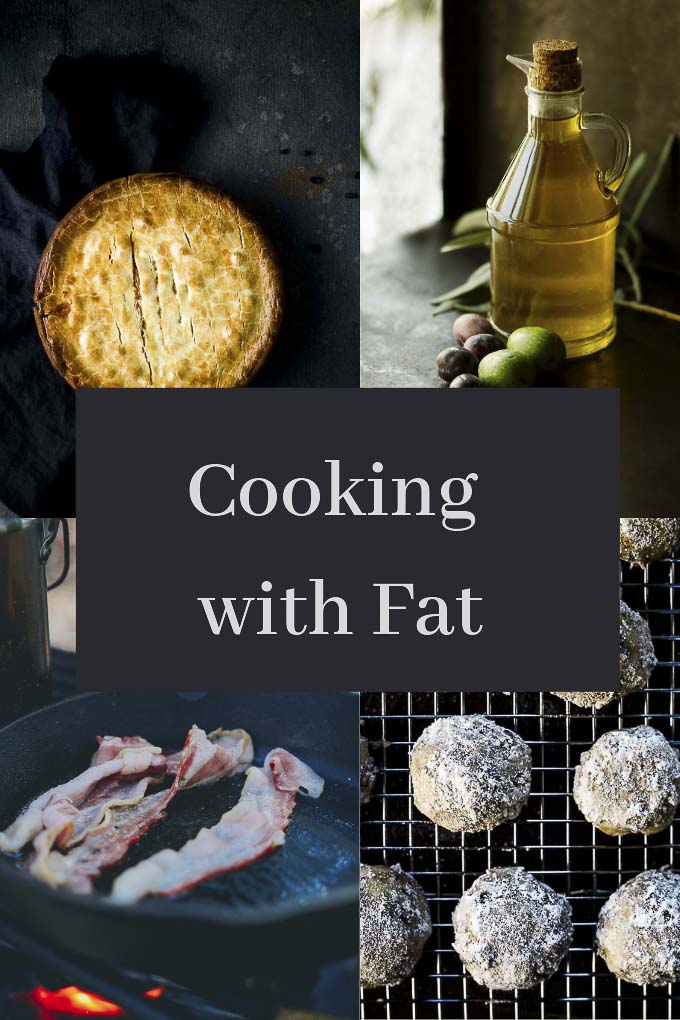 If you're not cooking with some type of fat for most of your meals, you're doing it wrong. Contrary to what many believe, consuming fat is not always bad for you.

There are healthy fats and non-healthy fats. For instant, olive oil is considered a healthy fat, while lard is considered unhealthy. I'm no health expert as I just want what tastes good, so head over and check out The American heart Association for some additional information on the healthiest cooking fats.

That said, there are so many different sources of fat to cook with. It can be overwhelming to decide which fat is good for what recipe. So I am here to help you out!

Most Common Types of Fat Used in Cooking

Guys, there are SO MANY different kinds of fats used to cook. I included a list below of some of the most common used in everyday cooking. I've also included links to buy for most of them. These links are Amazon affiliate links - I earn a small commission if you buy through these links - at no cost to you.

Fat plays an important role in all types of cooking.

In baking, the amount of butter used can dictate how tender and flaky, or rich and creamy a recipe can turn out. Shortening and lard are also common fats used in baking. They work much in the same way as butter does.

For instance, the butter in this Lemon Curd Recipe is what helps it to become rich and creamy. Without the butter, the lemon curd would not have that gorgeously creamy texture. BTW, if you haven't made this lemon curd, OMG you have to try it. It's incredible. 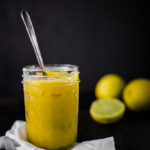 Butter also plays an important part in the pie crust of this Crawfish Pie and the puff pastry dough in these Guava and Cream Cheese Pastries. The butter is what gives the pastry its light and flaky texture. 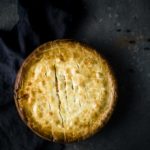 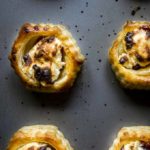 And of course, what is shortbread without butter? Copious amounts of it are used to make shortbread like in the Pecan Pie Bars with Shortbread Crust. 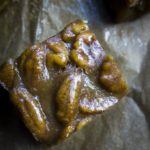 Fat is an absolute essential if you want your recipe to have depth and flavor. It is what allows meats to get that sought after crust on the outside, helps vegetables to caramelize and allows the flavors of food to just linger in your mouth a bit longer, coating your tongue with delicious flavor.

As well as being used extensively in baking, butter is also used quite often in cooking. Imagine making this Thanksgiving stuffing without butter....it just wouldn't be good.

And don't even get me started with duck fat. Duck fat has the most amazing flavor - try it with these Duck Fat Truffle Fries or these Duck Fat Smashed Potatoes. 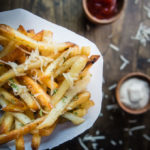 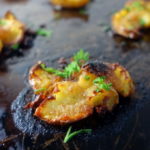 Goose fat is along the same lines as duck fat and can be substituted for almost any other cooking fat. I've included a link below to buy goose fat, or your can render your own in this Roast Goose Recipe. There's nothing quite like roasting your own goose - it's delicious. 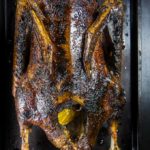 Brown butter is also amazing to cook with due to it's nutty flavor, like in this Brown Butter Apple Crisp. Learn how to make brown butter in this post from Simple Recipes.

You might be wondering whether there is a "best" cooking fat. Well the answer is it depends.

If you ask me the best type of fat to fry your steak in, I'm going to say butter, bacon fat or duck fat. All of those will result in something delicious.

I am a huge fan of bacon fat used in sauteing or roasting vegetables as well. It's adds a delicious smoky flavor to the vegetables.

Now if I'm making a salad (LOL), a good quality olive oil is a MUST. Good olive oil is also perfect tossed with some fresh pasta and garlic, as a dipping sauce for bread, or roasting vegetables.

If I am making any type of Indian curry, I opt for coconut oil or ghee. I love both of these equally for Indian curries.

If I'm making Chinese stir fry, it's typically vegetable or peanut oil. This is typically because the wok gets extremely hot, and I need an oil with a very high smoke point. If I used butter for this, it would burn.

So like I said, the best cooking fat really depends on what you're cooking.

Desserts and Baked Goods:  As discussed above, butter is the most common fat used in baking desserts. Shortening is also commonly used to make pie crusts and other baked goods.

Stir Fry: Because stir frying is typically done at very high temperatures, a fat with a high smoke point must be used. Peanut oil, vegetable oil, sunflower oil, corn oil and grapeseed oil are all great options when stir frying. Personally, I like peanut oil for it's slightly nutty taste. Try this stir fried Tangerine Chicken using any of these high smoke point cooking fats. Sesame oil is also used often in stir fries, but is typically added at the end of cooking for flavoring as it burns easily.

Roasting: If you're roasting vegetables or meat at higher temperatures (400 degrees+), it's best to use a fat with a higher smoke point (see above). Roasting done at lower temperatures can really be done with any kind of fat. I personally love to roast meats and veggies with bacon, duck or goose fat like these Duck Fat Smashed Potatoes.

Soups and Stews: Soups and stews commonly include the fat of any meat that may be cooked in them - for instance a chicken or beef stock based broth will likely have chicken or beef fat in it. In addition, heartier soups tends to include a butter or roux base, heavy cream, or coconut milk/cream in the broth, such as in this Crawfish Bisque, or this Singapore Laksa.

Check out this post for How to Cook a Roux, with step-by-step photos and instructions. 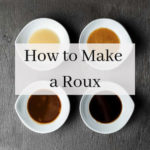 Curry:  Coconut oil and ghee are most commonly used when making Indian curries. In addition to these, coconut milk, which includes the coconut cream is also commonly used in both Indian and other Southeast Asian style curries (like this Thai Green Curry). You can even learn how to make ghee with this recipe from 101 Cookbooks.

Rice: A more flavorful fat is desired when cooking rice since it tends to be slightly bland. This is really just my opinion, but I feel strongly about it! I love to use coconut oil, butter, duck/goose fat, chicken fat, or bacon fat when making my rice. Try this Coconut Rice recipe. It's an oldie, but you get the point.

Pasta: Olive oil is the most common fat used when making pasta dishes. Butter and cream are also used when a creamier sauce is the goal, like in this Creamy Shrimp Scampi Tortellini.

While different fats are used across all cuisines depending on the type of dish (see above), some cuisines are know to use certain fats more predominantly in their cooking.

American: All different kinds of fats are used in American cooking. The most common are butter, olive oil, peanut oil. Oils such as grapeseed, avocado, and flaxseed oil have been gaining popularity in the U.S. due to their health benefits.

Indian: Ghee and coconut oil are the two most popular fats used to cook food in India. Ghee is often used in making Indian flatbreads, as well as sauteing vegetables and meats for curries and other dishes. Coconut oil is also used in many curries and dishes for the nutty flavor it provides.

Mexican: Lard (manteca) is the fat of choice in Mexican cooking.  Used to make refried beans, tortillas, carnitas, tamales, among many other dishes, lard adds a wonderful depth and flavor to Mexican dishes. Learn how to make lard in this recipe from Mexican Please.

South American: Dende oil (red palm oil) is very popular in Brazil. It is used much in the same way as olive oil is used. It tends to be a reddish orange color and has a very strong flavor.

Chinese: Lard, beef fat and chicken fat are commonly used in Chinese cooking for stir fries, soups and stews. Peanut oil has also become popular in recent years, as it has a wonderfully nutty flavor and a high smoke point for stir fries and deep frying. In addition, sesame oil is commonly used to finish a dish or as an ingredient for dishes such as dumplings.

Italian: It goes without saying that olive oil is the fat of choice for cooking Italian dishes.

French: French cooking is known for being very heavy handed with butter, but they commonly use fats such as goose or duck fat as well to add flavor and depth to a dish. And don't forget about that heavy cream....French cooking is decadence at it's best.

Jewish: Schmaltz (or rendered chicken fat) is very commonly used in Jewish cooking to make dishes such as latkes, sauteed liver and onions, and matzah balls.

African: Dende oil is a common oil used in African cooking due to it's strong flavor. It is also known to have health benefits and is a vibrant dark orange color.

What is Solid Cooking Fat?

A solid cooking fat is one that remains solid at room temperature. Common solid fats are butter, shortening, and coconut oil. Generally speaking, solid fats tend to be higher in saturated fat than liquid fats.

What are the Healthiest Fats to Cook With?

Olive oil, grapeseed oil and avocado oil are noted as some of the healthier cooking fats. To learn more about healthy fats, read this post from Healthline. 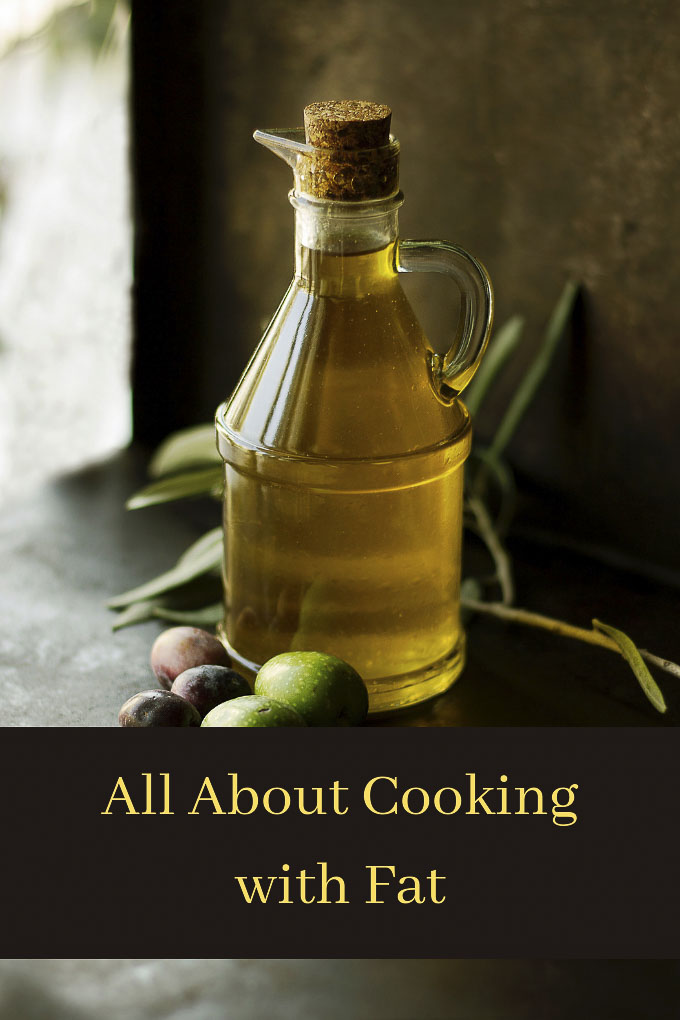 Don't forget to sign up for the newsletter to get weekly updates on new awesome recipes! Plus, you get a FREE Instant Pot cookbook!

Article Name
Guide to the Types of Fat Used in Cooking
Description
Fat is essential in cooking. It is what adds dimension, flavor and richness to a dish. Keep reading to learn all about different types of fat and how to cook with each of them!
Author
Danielle Wolter
Publisher Name
Went Here 8 This
Publisher Logo